The Masters, for those who don’t follow golf, is this big freakin’ golf tournament that gets lots of ridiculous advertising every year.

It’s one of the biggest golf events there is, and it’s held at Augusta National Golf Club in Augusta, Ga.

For those who follow golf, I’m sure it’s a big deal. I’ve enjoyed hearing about Tiger Woods winning the tournament, at least until he came out as a womanizing skank.

But for me, watching golf is about as fun as watching my dog scratch himself. At least the scratching ends after a minute or two. The Masters goes on for DAYS.

Hey, whatever. If you enjoy watching that, then more power to ya.

What I hate is the Masters as a status symbol. Every year after the tournament, I see middle-aged white guys walking around with their Masters gear. 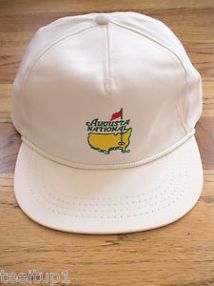 They strut around as if to say, “Look at me! I’m a wealthy white guy who just got back from the Masters! That means I’m obviously better than you because I have sooooo much money. Look at my Lexus!”

I know, not everyone who goes to the Masters is rich. Or a dick. But the fact that they’re wearing it means they obviously want you to ask about it. Then they’ll act like it’s no big deal.

Also, I know you’re thinking, well, how is Masters swag any different from any other swag, like game or concert T-shirts? It’s not. In those cases, the person thinks he or she is special for having been to that concert or game. In this case, it’s what the the swag stands for that bothers me. White male privilege.

I have actually played golf before, and it was fun. But watching it is god-awful. I can’t imagine standing out there in the Georgia heat (which I know a thing or two about) and trying to be quiet while old guys smack little balls into holes.

3 thoughts on “Why I hate the Masters”