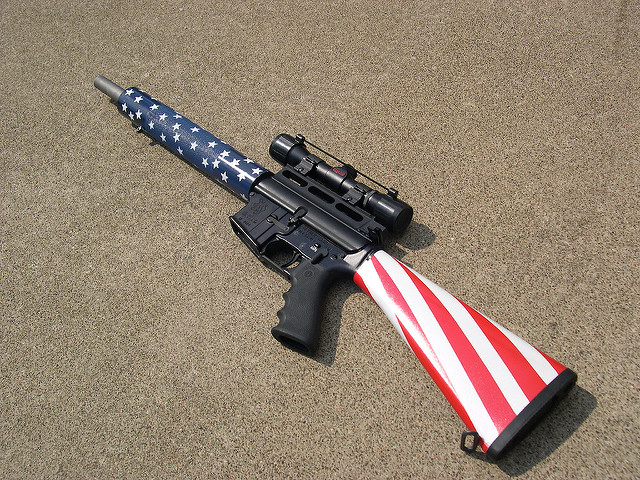 In the wake of the recent school shooting in Florida, social media has been lit up with angry posts for and against gun control legislation. There are so many arguments that it’s difficult to decipher the good from the bad, the weak arguments from the strong.

According to the Gun Violence Archive, a non-partisan organization based in Lexington that tracks gun deaths, in 2018 there have been 2,076 gun deaths in the United States — by Feb. 21. There have been 475 children 17 or younger injured. There have been 34 mass shootings, some of which are small and left only a few people dead or injured. The shootings in Benton, Ky., and Parkland, Fla., were the two that left the most damage (19 dead, combined, mostly children).

I’ve taken some of the most prolific arguments I’ve read and heard and addressed each one below:

“Arm the teachers!”: Do teachers not have enough to worry about? You already don’t want to pay them a living wage, allow them to write off their expenses, retire without living in poverty, have good health insurance or collectively bargain. Now you want to force them to carry a gun, which could just as easily be taken away from them and used against them? Teachers know that what you’re asking them to do is kill a child, and they’re not interested. Another important point: Our president said in a tweet that if teachers were armed, “ATTACKS WOULD END!” He forgot one thing — people who participate in mass shootings know they will die in the process and don’t care. They’re not trying to get away and go about their business. They don’t care about anyone’s lives, including their own.

Is your right to carry a gun more important than a teacher’s right to NOT carry a gun? Have you been inside a Title 1 school lately? I have. Spend some time volunteering in one then get back to me. See if you’d risk a kid taking a gun away from you.

“Mental health!”: Yes, mental health is a real problem in the United States. But what have we done to fix it? Nothing. I know people who have to fight every month to get their very expensive mental health medications paid for, just to stay stable enough to hold a job (very important to our governor). Unless someone is on Medicaid or Medicare, getting an insurance company to pay for in-patient treatment for more than a few days is next to impossible. The ACA (Obamacare) has helped, but not much.

“Discipline your children!”: Sure. Let’s do that. Force other parents to spend more time out of their busy schedules screaming and beating their children into submission. When was the last time you listened when someone gave you unsolicited parenting advice? And when’s the last time a troubled teenager did what his or her parents said?

“God in schools!”: Which one? The Catholic? The Presbyterian? The Jehovah’s Witness? Which religion do you want a public school teacher to teach your kids? Also, if you believe God is omnipresent and omnipotent, isn’t God already there? I guarantee there are kids and teachers who pray in schools every day. Put your kid in a private school if you want a parochial education.

If we start detaining people on the idea that they may commit a crime at some point in the future, then we’ve completely given up on the idea of a free society.

“The FBI!”: Yeah, they missed the tips on the Florida shooter. But what if they hadn’t? What could they have done? Maybe get him institutionalized in a mental health hospital, if he has insurance (see above) but what if he said, “Oh, ha ha, I was just joking.” What can you do? In this country, we don’t imprison people on the idea that they MIGHT commit a crime. That’s against our Constitution (see above). You can keep an eye out, you can tell his or her parents, you can get him or her some mental health care. It might work, but it’s only a stop-gap. If we start detaining people on the idea that they may commit a crime at some point in the future, then we’ve completely given up on the idea of a free society.

We have weak-ass gun laws in this country. Any kid can go to a gun show and buy a gun with no problem. Any kid can steal his mom’s gun and take it to school. The NRA used to be a good organization, but now it’s an extremist group that stuffs the coffers of politicians so that they won’t work toward the safety of our people. How many times did we hear “Obama’s gonna take our guns!” and how many times did that happen?

What can we do? Talk to our kids. Fund the mental health system, and make health care universal and free. Pass common-sense legislation so that it’s not easy to buy a gun. Require that gun owners lock up their guns in their homes. Fund our schools so they can hire more security without making it feel like a prison.

We put regulations on everything else, why not guns? “I don’t want anybody taking away MY guns.” But what about your weird nephew? The crazy guy you see talking to himself on the street downtown? Should he have a gun? Would that make you feel safe? And the problem is not just schools: It’s concerts, churches, conferences, workplaces, city streets, movie theaters and anywhere people gather.

There is no, “THE PROBLEM IS … .” It’s not just ONE problem. It’s a lot of problems that nobody in this country wants to address, especially if it means spending a few more dollars of their tax money.

Everyone in public office should be putting their heads together and working to fix this problem. It’s time to stand up to the special interests and listen to the teens who are begging us to do something. They’re right — we’ve completely let them down. We’ve failed to give them a proper, safe education. They’re the next generation who will vote and work toward smart solutions. I look forward to the future these young activists will bring.

Note: This is my blog. If I see trollish comments, I will delete them and block you.