After traveling 4,600 miles from Louisville to Atlanta to Munich and sitting on a plane, getting no sleep, we suffered from serious exhaustion and jet lag. But our first full day of Munich time was spent in contrasts.

We first went to visit the Dachau Concentration Camp memorial. Diving in to the hard stuff first, we wanted to get it done. We rode a train to the city of Dachau and then a bus to the memorial. We were nervous that we wouldn’t know which bus to take, but it was much easier than that. Nearly everyone who got off the train at Dachau was headed to the site, so we just followed the crowd.

Dachau is a beautiful little town on the outskirts of Munich. I couldn’t help but think about how the residents must feel about the stigma on their town since World War II. Dachau residents at the time definitely knew about the camp, but it’s impossible to know what more they knew. I don’t think anyone can imagine the horrors of a concentration camp unless they see it. Even our modern eyes and minds can’t really experience it as it truly was.

Dachau was a small concentration camp, only for men. Women and children were never imprisoned there. It wasn’t a “death camp,” per se, meaning people were not sent there specifically to be murdered. They were, however, worked and starved to death. So, murdered, nonetheless.

This was not my first visit to Dachau. I went there when I was 18 on a student tour, but my memories of the camp were very different from this visit. We entered through a different entrance, and there was not visitor’s center like there is now, with a café, bookstore and bathrooms. There are far more memorials and plaques in the camp than there were in 1989, which certainly added to the experience.

This time, we got a tour by a wonderful guide named Tobias. He was very knowledgeable and passionate, if not a little condescending. Steve asked a lot of questions, and a couple of times, Tobias gave him snide-ish answers. But once we talked to him a bit outside of the group, we realized he wasn’t really a jerk. Some of it was a difference of culture and some of it was likely his frustration of having given these tours hundreds of times to people who don’t know jack about history.

I asked Tobias if they tattooed prisoners at Dachau. He said, “No. This is only your American Hollywood.” He explained further that they did tattoo prisoners at Auschwitz, but that most places only put numbers on the prisoners’ uniforms. In all my studies about the Holocaust, this was new information for me.

The day was rough. It was cold and rainy, and my arthritic feet and knees were killing me. But I felt I had to keep going because I was in a concentration camp. The prisoners there never got to sit down because their ankles were swollen. They didn’t have coats to keep them warm in the winter or umbrellas to shield them from the rain. Every ache and pain that I felt made me feel even more sympathy for the victims. If I were captured by the Nazis, I would likely be killed early on because my body would not be strong enough to work. It’s a sobering thought. Since I’ve returned, any chance I have to feel sorry for myself ends in my mind going back to Dachau. No matter how tired I am or how frustrated I get with work, at least I’m not in a concentration camp.

If you ever visit Dachau, I highly recommend you get a tour. You can check the Web site and know when the tours are in English. There is also a video that plays several times a day in German, English, Italian and French, that shows footage from news reports of the day. It’s very hard to watch, but gives visitors a good background for what they will learn on the tour and in the museum.

Here are a few photos from our visit that day. I tried to put them in something like an order, but I can’t figure out how to do that in WordPress. The sign pics were meant to go just before what they describe. 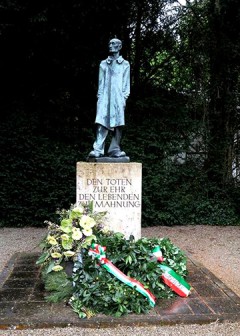 To honor the dead and to remind (or rather warn) the living. 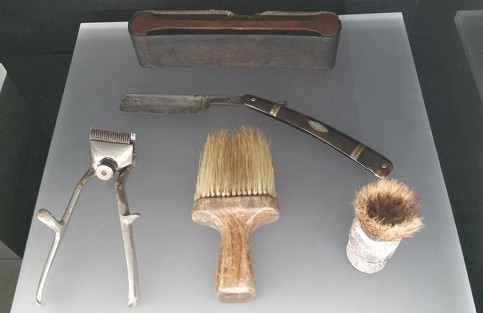 Some belongings taken from prisoners when they arrived.

All photos are copyright Lisa Hornung and Steven D. Smith 2016. 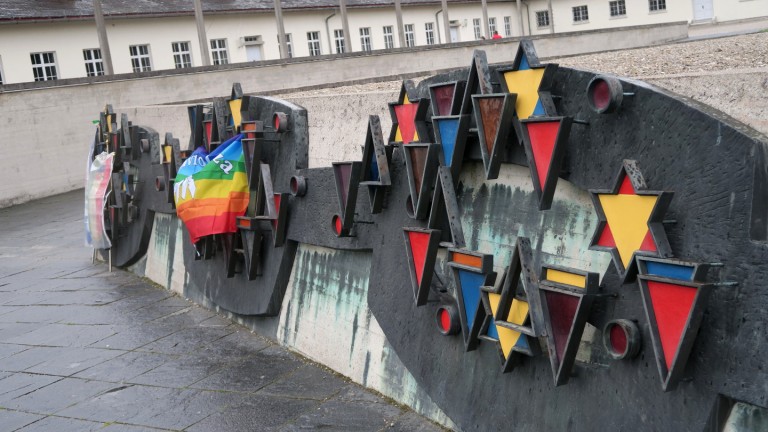 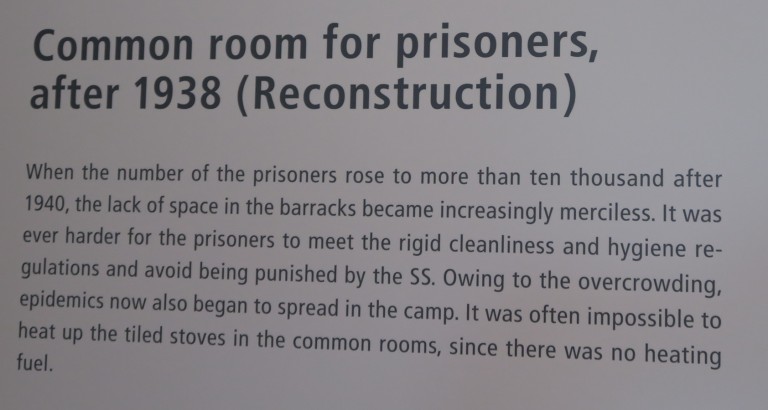 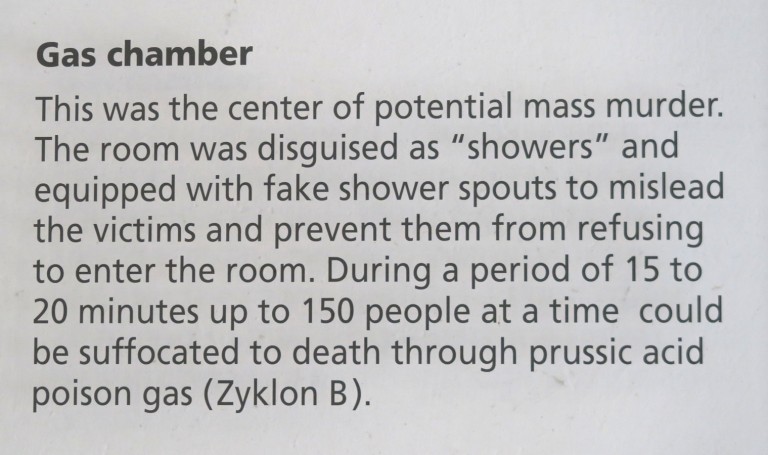 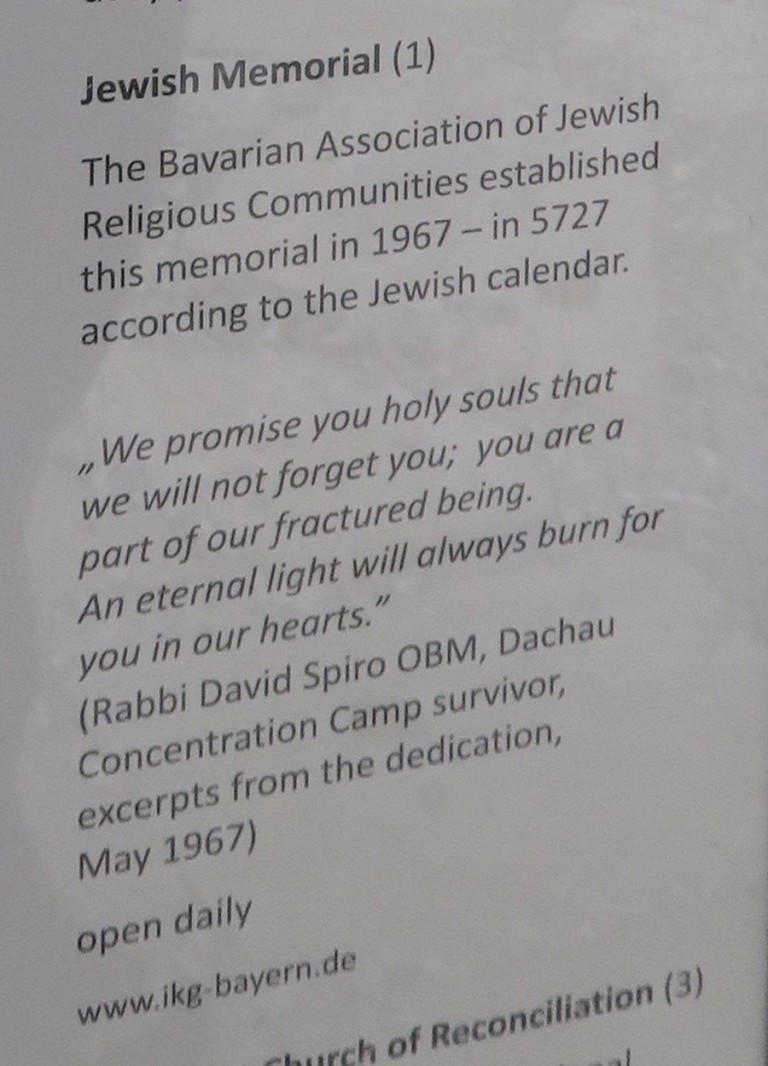 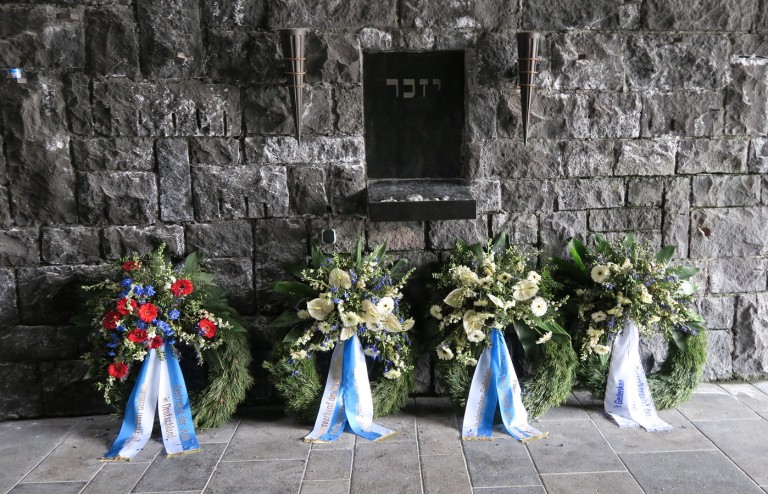 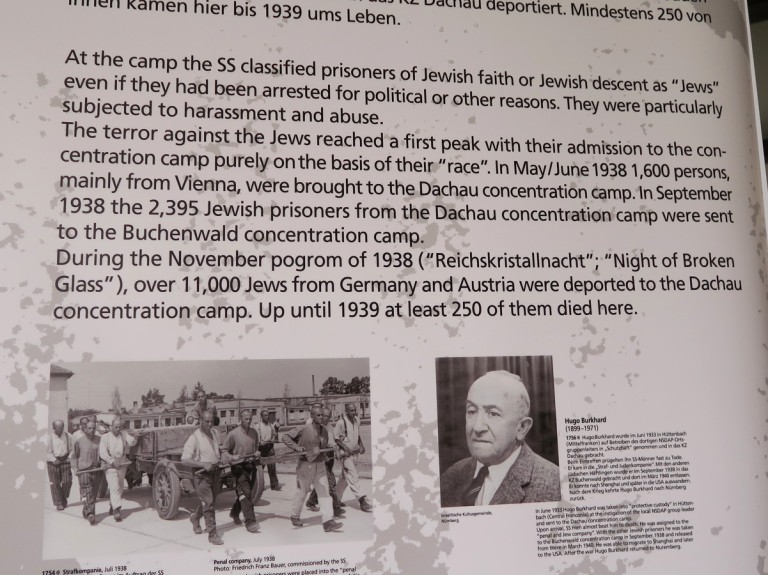 Navigating the history of the River City